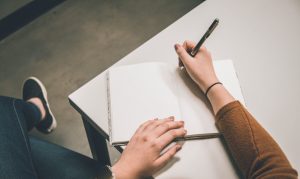 In order to make a valid Will, there are two basic requirements:

The Wills Act 1997 sets out further obligations on how to comply with the above requirements which can be quite technical.

There are ways to prove a Will that does not comply with the requirements under the Wills Act. If the Registrar of the Probate Office is satisfied that the deceased intended the document to be their Will, they may admit that document to probate. However, in order to satisfy the Registrar, evidence as to the testamentary capacity of the deceased person will be required. Generally, that means obtaining an affidavit from a doctor that was treating the deceased person around the time they wrote their informal Will. This might seem easy but if they died suddenly and had not been previously unwell, it is possible they may not have seen a doctor in the six months around the date they wrote their Will. A doctor will usually then refuse to provide an affidavit in those circumstances.

These requirements around informal Wills also apply to amendments or Codicils to Wills.

A Will that complies with the Wills Act is usually very easy to admit to probate. Trying to prove an informal Will can be time-consuming and expensive. Those extra costs are borne by the estate which then leaves less to the beneficiaries of the Will. If the Registrar is not satisfied that the informal Will was intended to be the deceased’s Will, either the previous Will will need to be proved instead or the rules of intestacy will apply.

If you want to make a Will, or change an existing Will, it is also best to seek advice from a lawyer to ensure there are no problems for your family later on.

Posted in News, Will and tagged estate planning, update will, Will, wills